I first read this novel a few years ago, and while I enjoyed it then, I liked it even more this time around.

‘We are all just a breath away from memories.’

Mary Mason is an elderly woman in poor health, living alone in Hobart, Tasmania.  The delivery of a letter acts as a catalyst: she chooses to return to Bruny Island and to memories of her past.  Mary has a decision to make, about a secret she’s kept for decades.  And while she’s considering whether to destroy the letter or pass it on to the person it’s addressed to, she’d rather be on Bruny Island where she once lived as the lighthouse keeper’s wife.  She feels closer to Jack, her long-dead husband, there.

Mary’s three adult children Jan, Gary and Tom and her grand-daughter Jacinta are worried.  Leon Walker, a ranger on the island, has agreed to look in on Mary each day, but the rest of the time she’ll be alone.

The novel alternates between Mary and Tom. Mary has memories and secrets from the past to consider, while Tom has some issues of his own.  Tom’s marriage foundered while he overwintered in Antarctica some years earlier, and he’s yet to find his way back to a happy life.

I first read this novel a few years ago.  I liked the story then, but I liked it much more this time.  What did hold my attention on both reads were the beautiful descriptions of both Bruny Island and of Antarctica.   This time around, I was more caught up in Mary’s struggles and paid more attention to Tom’s story.  This was Ms Viggers’s second novel, I’ve read her third ‘The Grass Castle’ but not yet her first ‘The Stranding’.  It’s on my list.

In handicapping the US-China conflict, Keynesian demand management is a better guide than comparative advantage. In principle, China can avoid any damage at all from US tariffs simply by responding with a full-scale Keynesian stimulus. The United States cannot win its tariff war with China, regardless of what President Donald Trump says or does in…

Source: ANATLOE KALETSKY. The US Will Lose Its Trade War with China. | John Menadue – Pearls and Irritations

Peter Corris, the ‘Godfather of Australian crime fiction’, died in his sleep on 30 August 2018. His Godfather columns have been part of the Newtown Review of Books from the beginning, and we feel his loss keenly. Following are some tributes that were given at his funeral and at the subsequent wake at the Toxteth […]

Source: Tributes to Peter Corris – The Newtown Review of Books

‘My grandmother’s life story comes to me in staccato flashes, for she refused to tell me many of the details, perhaps even the most important ones.’

Sara Rose has recently separated from her husband in Brisbane. Sarah’s grandmother, Nina Barsova, has recently died and left her cottage to Sarah. Sarah decides to return to Hobart with her daughter Ellie. She needs space in which to think about the future, and where better than the cottage in which she was raised by her grandmother at the foot of Mount Wellington. But returning to Hobart raises other issues for Sara. She is estranged from her mother, who has refused to tell her who her father was. And while Nina raised Sara lovingly, she has never known why Helena abandoned her. Sara is a geneticist: these gaps in her self-knowledge matter, and she would like some answers. This is even more important now: she may be separated from her husband, but she wants her daughter to know him.

As Sara settles into life in Hobart, she meets a number of men who have travelled to Australia by boat seeking refuge and who are waiting to have their status as refugees determined. One of those men, Abdhul, is an Afghani whose wife and children are in Pakistan. Sara befriends Abdhul and tries to help him. Sara’s friendship with Abdhul leads her to take tentative steps towards establishing a relationship with her mother. But there are family secrets to be uncovered as well.

For me, the major themes of this novel are identity, belonging and the impact of family secrets. Sara wants to find out who her father is and why her mother abandoned her. Abdhul wants a place of safety, and to be reunited with his family. Sara’s past contains secrets, some of which will be painful. And what can I say about the plight of those, such as Abdhul, who seek refuge in this country? I enjoyed this novel because of the setting, and because Ms Johnson raises some important albeit uncomfortable issues. Those issues for me include: just how important is the past in shaping the future? How do our perceptions of those around us guide our responses to their needs? How easy is it to erect the ‘us’ and ‘them’ barriers?

Note: My thanks to NetGalley and Simon & Schuster (Australia) for providing me with a free electronic copy of this book for review purposes.

‘Colonel Johnny Cook struggled to understand what was happening to him.’

Colonel John Cook, a senior MI6 officer, had flown from London to Singapore in mid-March 1946 to assist the new Malayan Security Service (MSS) with the security for the ceremonies associated with the creation of the Malayan Union on 1 April 1946.  He certainly wasn’t expecting to be kidnapped and held captive in the Malayan jungle, but that is exactly what happened to him.

On 20 March 1946, Jamie Munro, of the Australian Commonwealth Investigative Service in Darwin, receives a call from Algie Browning, with the MSS in Kuala Lumpur.  MI6 in London have suggested that Jamie might be able to help find Colonel Cook.  Jamie and his friend Jack ‘Jacko’ O’Brien had previously worked with John Cook on intelligence operations during the North Africa campaign during the war.  So Jamie, Jacko, and Jacko’s half-sister Sarah head off to Kuala Lumpur.  Sarah and Jacko (who identifies as part-Aboriginal) are Warramunga people from the Tennant Creek region.  Jacko is a good tracker, well-versed in bushcraft but Sarah is exceptional.  All of their skills will be required to find who took Colonel Cook, and where, in the Malayan jungle.

But finding Colonel Cook is just the first part of the trio’s adventures in Malaya.  Not everyone is in favour of the Malayan Union, and both fascists and communists would like to take control of the country.   How can Jamie, Jacko and Sarah prevent disaster?  Who can they trust?

This is the third novel in Mr Kater’s Warramunga trilogy, and while I strongly recommend reading the novels in order, this novel could be read as a standalone.  Still, reading the novels in order gives a much stronger sense of the characters, who they are and how they came to be working together.  I’ve read the three novels over a space of a couple of months and have become fond of the characters.  I’ve enjoyed the way that Mr Kater has woven his stories around the history.  I’ve particularly enjoyed the way in which the partnership between Jamie, Jacko and Sarah recognises the contributions that each of them makes.  There’s plenty of action to keep you turning the pages, and a satisfying ending (or two) as well.

Note: My thanks to NetGalley and BooksGoSocial for providing me with a free electronic copy of this book for review purposes.

I’d love to see this show in person.

Isabella d’Este, Marchioness of Mantua, was not used to being refused. She was one of the most enlightened and demanding patrons of the Italian Renaissance, a well-educated woman who appreciated antique sculpture as much as the work of her brilliant contemporaries. However, in the years around 1500, Isabella found herself rebuffed by not one but two of the greatest painters of the day. The first was Leonardo, whom Isabella pursued in vain in the hope of getting a painted portrait (she eventually made do with a portrait drawing). And the second was Giovanni Bellini, whom Isabella approached via her Venetian agents. She invited him to contribute a picture to her famous studiolo – her private study, where she displayed a bevy of sophisticated allegories – and her instructions were that Bellini should paint an historia: a picture based on…

Up into the National Park, to the Denison Camping Ground.

Our first visit this spring. It’s lovely to be back. 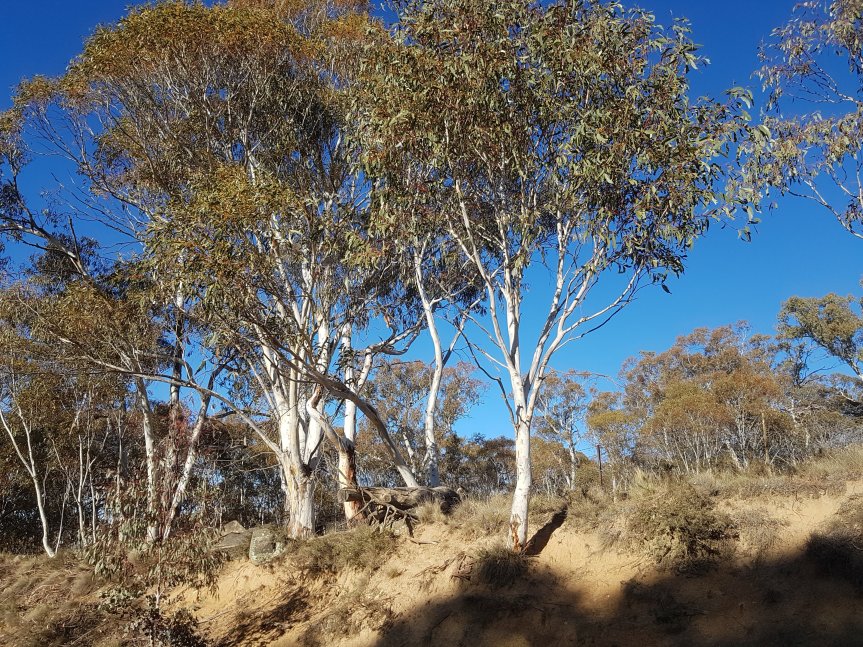 Exclusive: Tony Bartone writes to Scott Morrison saying situation is ‘a humanitarian emergency requiring urgent intervention’. The president of the Australian Medical Association has urged Scott Morrisonto take urgent action to remove families and children from Nauru, preferably to the Australian mainland, to safeguard their physical and mental health. In a letter to Morrison from…

Scott Morrison has given another exclusive, this time to news.com, on his ideas to encourage more skilled migrants to settle in the regions and smaller cities and away from the major metropolitan centres. While it’s great to have a prime minister prepared to talk about immigration and population, he again failed to explain why usage…