‘The suitcase washed up on the North Shore in the early hours of Saturday morning, 17 November 1923.’

When opened, the suitcase reveals the body of a dead infant. A baby girl. This baby was just one of many infants (abandoned or dead) turning up all over Sydney: in the Harbour, on trains, in other places. But the difference between this baby and so many others is that her mother was tracked down and tried for murder. In this book, Ms Brotherton writes about this specific case and the trial of Sarah Boyd (the baby’s mother) and her friend Jean Olliver for the baby’s murder.

No, it is not fiction. This is a true story and represents a social tragedy. If Sarah Boyd had not been identified, her daughter would have been just another statistic of infanticide. Because Sarah was identified, tried and found guilty, the focus was on her crime. Should part of that focus have also been on what led Sarah to murder her daughter? Would it have made any difference? I suspect it was much easier to condemn Sarah for her actions than it was to try to understand how murdering her daughter could seem to be the best solution to the situation Sarah found herself in.

I found this a difficult book to read. Made more difficult because the story is complex, because the murdered baby was not the only victim, and because I find it difficult to move beyond an abhorrence of infanticide. And while I was thinking about Sarah Boyd’s poverty, her desire to belong and to have her own place in society I was reminded of how hypocritical society can be. Sarah Boyd was unfortunate on so many levels. There were very few options available to her, and while that does not justify the murder of her baby it does make it possible to understand why she felt she had no other choice.

What can I say about this book? Ms Bretherton has presented this complex, difficult case well. It’s more than the story of Sarah Boyd and her daughter, it’s a focus on the contradictions of life in the 1920s. Beneath the frenetic glitter and apparent glamour of the 1920s, many struggled in poverty. And pregnant, unmarried women often had both poverty and prejudice to contend with.

I finished this book, wondering about how Sarah Boyd’s life ultimately ended. Sarah had a son as well, Jimmie, born before her daughter. Jimmie was also a victim in this tragic case. I wonder, too, how much society has progressed in the last century.

I love these wanderings and musings …

On an upstairs window of a long-closed shop on Marrickville Road is the fading painted sign for the Mona Lisa Photographic Studio. Its cracked silver lettering makes me think of a logo on a 1950s powder compact, silver letters on a pink plastic case. I imagine that the interior of the photography studio might continue in this powdery style: white carpet, chairs with spindly, gold-painted frames and fluffy pink upholstery, gladioli in a tall glass vase. 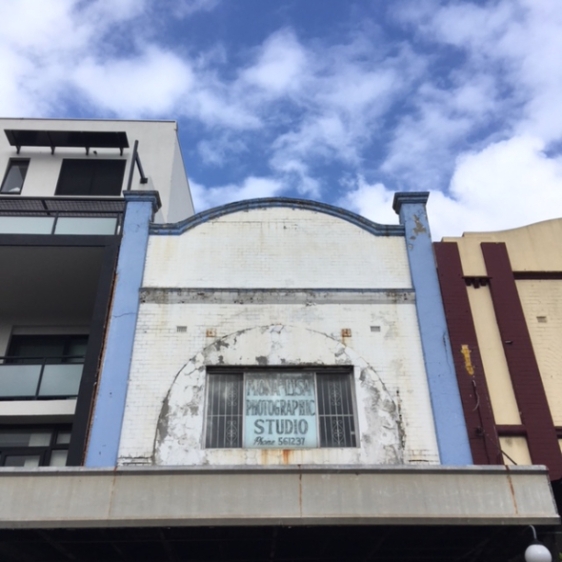 At street level, in a stripe above the entrance, are more signs, some in Greek, others in English: another for the Mona Lisa, and one for Finix Discount House, with an illustration of an ascending golden phoenix to accompany it. I peer inside. The two showcase windows to either side of the door are empty, but further back inside the store is a pile of leftover objects: chairs, debris, bedspreads compressed into squares and…