The Other Girl by Erica Spindler

‘Your job is to find a killer, not to vilify the victim.’

Officer Miranda Rader has worked hard to establish herself as a valued and respected member of the Hammond PD in Louisiana.  Miranda grew up on the wrong side of the tracks, but made a choice not to stay there.  The past is history, or so Miranda thought.  But when she and her partner are called to a murder scene it isn’t just the gruesome scene that concerns her.  Why would a popular college professor have a faded newspaper clipping about a terrible night in Miranda’s past?  And why has he been murdered in such a brutal way?

When another man is murdered, Miranda is even more concerned.  Clint Wheeler was the policeman who took her statement on that terrible night some fifteen years earlier. Could it just be a coincidence?  Miranda‘s fingerprints are found at the scene of the first murder, and her every action is being scrutinised.

‘You need to figure out who is doing this to you.’

Miranda needs to try to work out what is going on.  In the meantime, her past is rushing in and threatens to overwhelm her.  Family members with whom she has had no contact want to meet with her.  Her friend Summer is ill, and Miranda is worried about her.

Is Miranda being set up?  By whom, and why?

Ms Spindler held my attention in this fast-paced novel.   The story shifts between past and present, keeping me busy trying to work out some of the connections.  I did work out some aspects out before they were revealed, but not all.  A couple of aspects of the story didn’t work for me, but the pace of the novel kept me reading.  This is a good rainy day read, and I’d happily add another of Ms Spindler’s novels to my reading list.

Note: My thanks to St Martin’s Press and NetGalley for providing me with a free electronic copy of this book for review purposes.

I love reading good news! Especially knowing that Alicia is working on the next book. 🙂 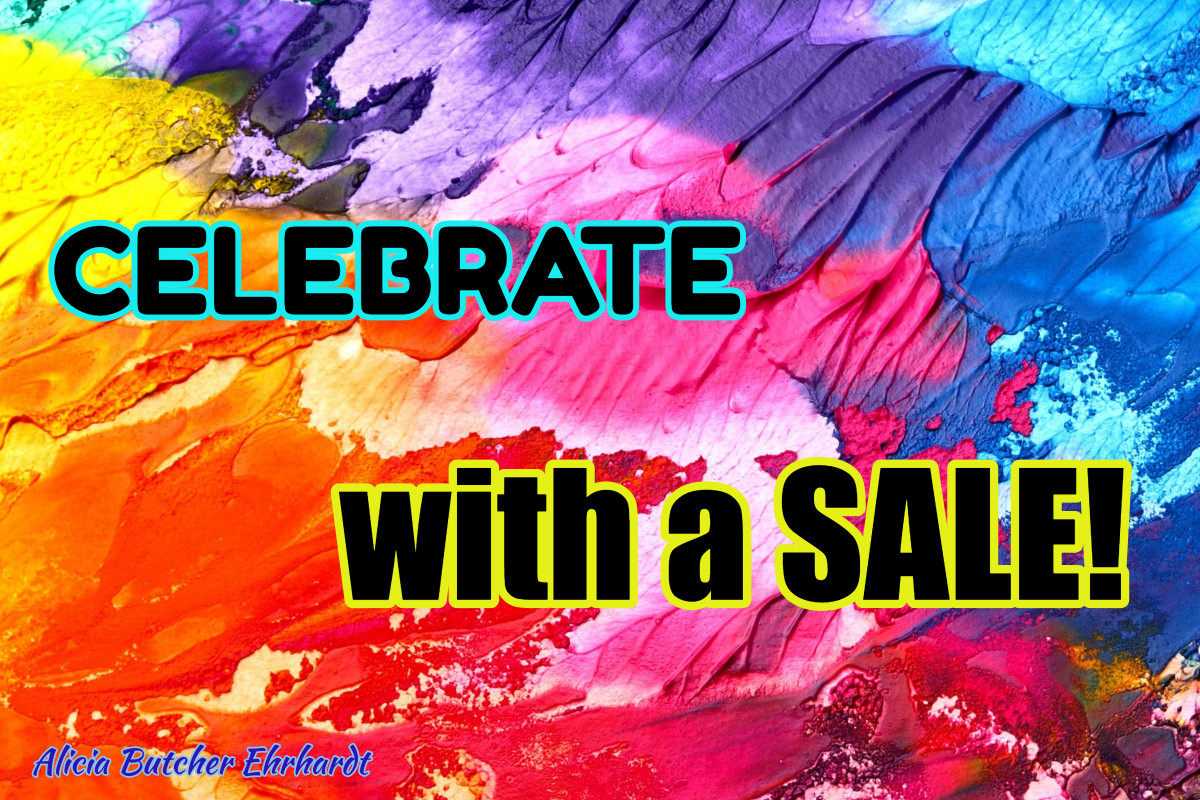 A Guest Post on Big Al’s Books and Pals

where I remind readers of the power of fiction:

“Fiction is uniquely positioned to develop and increase empathy, because it provides a way around and under and through the barriers most people put up around their hearts and minds.”

“Reading is just you and the book.”

And I give away some of the writer’s secret tricks.

Al gave me space to write about how reading fiction is SPECIAL. Read the post here.

A lovely new review on Amazon

From a reader who took time when she didn’t have it:

“It truly is in the vein of old-school bestsellers; expansive story, larger-than-life characters, and a realistically detailed, interesting world.”

“Once I settled in to…

Throughout human history all types of arrangements have evolved to nurture children, of which a common form is a reasonably stable relationship between woman and man. Whether or not this was seen a…

If you’ve not yet read this essay (Quarterly Essay #65) by David Marr and you are concerned about the genesis and influence of Pauline Hanson’s One Nation Party, then I recommend reading it.

The White Queen: One Nation and the Politics of Race by David Marr

‘I’m back! One Nation and the politics of race.’

This essay by David Marr is well worth reading, especially by those of us puzzled by the impact of the Hanson phenomenon.  Who’d have thought, after Pauline Hanson’s brief period in the Australian Parliament as the member for Oxley between 1996 and 1998, that she’d be elected as a Senator in 2016, together with three other members of the Pauline Hanson One Nation party?  And who’d have thought that the state of the Australian Parliament is such that Senator Hanson would have such influence in Australian politics?

Who are Pauline Hanson’s supporters, and why do they support her?  Please explain.

In this essay, David Marr sets out to explain some of the mysteries, some of the appeal of the Hanson phenomenon.   Her supporters are overwhelmingly white and Australian born.  They are also people who, while they left school early, have largely been successful.  They are not poor.  Generally, they want a return to a distantly remembered Australia, one in which Australian industries were protected by tariffs, one in which they felt safe, secure and part of a majority.

Since this essay was published, we’ve had the unedifying spectacle of Senator Hanson wearing a burqua into the Australian Senate as part of her move to ‘ban the burqua’.  While this was broadly condemned, she also had plenty of support across Australia.

The Hanson phenomenon will continue, while ever she can tap into the fears and discomfort felt by many as the world they once felt comfortable in continues to change.  Tapping into anti-Muslim feeling at a time when Muslim extremism is driving many terrorist attacks is guaranteed to get attention for the foreseeable future.

Worth reading, and thinking about.

If you like interesting female protagonists, the mystery of murder in 19th century London, then you may like to read Ms Tjia’s novel.

She Be Damned by M.J. Tjia

‘Go back to work in a brothel, for the sake of a little detection?’

This novel is set in London in 1863, where prostitutes in the Waterloo area are turning dead.   When the corpses are found, organs have been removed or mutilated.  Who is killing these women, and why?

Heloise Chancey is a courtesan, nicely set up in a house in Mayfair with her Chinese maid /Amah, Li Leen.  Heloise has done some informal detective work for Sir Thomas Avery’s private detective agency previously, and when Eleanor Carter, a well-bred young woman goes missing in the Waterloo area, Heloise is approached by Sir Thomas and, on behalf of an unnamed client, a Mr Priestly to help. And, when simply asking doesn’t seem to get the answer Mr Priestly requires, an unsubtle threat does.   The police, apparently, are not particularly interested in the cases of four murdered prostitutes.  Sir Thomas and Mr Priestly believe that Heloise Chancey’s contacts may well enable her to locate Eleanor Carter.  And so, Heloise Chancey is essentially blackmailed into trying to find Eleanor.  Clearly a resourceful young woman, she quickly moves into an investigatory mode.  Her mission to try to find Heloise becomes caught up in the police’s wider investigation of the murdered prostitutes.

There are more than a few twists and turns in this story, despite the similarities between this fiction and the crimes perpetrated by Jack the Ripper some twenty-five years later. While I found Heloise Chancey an improbable character, Li Leen was intriguing and Ms Tjia kept my interest throughout.   I understand that this is the first novel in an intended series.

I was jerked out of the story at one stage: a reference to the stench of ‘sewerage’ in a novel set in London and written by an Australian should surely be a reference to ‘sewage’.

Note: My thanks to NetGalley and Pantera Press for providing me with a free electronic copy of this book for review purposes.

‘I should, I suppose, go back to the beginning, to the first time we met.’

Professor David Connolly is a university lecturer in history. His wife Caroline has just returned to work in an advertising agency.  They have two children: Holly and Robbie.  All is going well, or so it seems.  But their lives are about to be turned upside down.   Zoë Barry, a first-year student, walks into David’s office one day, and makes a tentative statement:

Can David and Caroline integrate Zoë into their family?  David certainly thinks that they should try.  Caroline is less sure, but she’s prepared to try.  But Zoë is complicated and secretive and it isn’t long before she starts causing problems.  David is often inclined to believe Zoë, and takes her side in disputes with Caroline.

The novel switches between Caroline and David, presenting each of their perspectives as they try to accommodate Zoë and work out the best way to deal with her impact on their lives.  But Zoë has her own agenda: there’s clearly much more to Zoë than meets the eye.

The tension builds throughout the novel.  And, even though some of David’s actions seemed incredibly naïve and annoyed me, I kept reading wondering how it would all end.  Perhaps a family holiday in France might provide a solution?  One way or another.

‘Families don’t come apart because a thread has been loosened.’

A fast-paced psychological thriller with more than a couple of twists.  Not all the twists worked for me, but the novel certainly held my attention.  Karen Perry is the pen name of Dublin-based crime writing duo Paul Perry and Karen Gillece. This is their second novel.

I’ve not read books by this author either, and after reading this post, I think I should.

I haven’t read any books by Helen Dunmore before because, somehow, I’d got it into my head that she only wrote time-slip romantic fiction. Goodness knows why I thought that, but I suppose I’d heard vaguely about The Greatcoat and extrapolated widely to come up with a completely mistaken idea. The Lie has put me right. A poignant, gut-wrenching tale of love, loss, and survivor’s guilt, it tells the story of the young Cornishman Daniel Branwell as he returns home after the horrors of the First World War.

The brilliance in Sittenfeld’s rendering of Pride is that she stayed absolutely true to the story (a ridiculous social-climber plots to marry-off her five daughters to suitable, wealthy men), and yet made it very much her own.

All five  girls had then gone on to private colleges before embarking on what could euphemistically be called non-lucrative careers, though in the case of some sisters, non-lucrative non-careers was a more precise descriptor.

The story is set in Cincinnati (Sittenfeld’s hometown) and we find Liz as a magazine journalist; Jane, a yoga instructor; Mary doing her third online masters degree; and Kitty and Lydia gadding about eating high-protein meals and attending CrossFit.

Australia is home to many weird creatures, but they’re no less lovable than our iconic kangas and cuddly koalas.